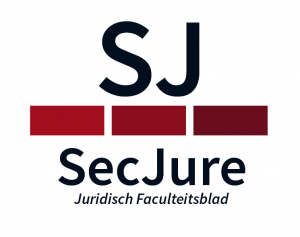 In the digital age, governments are confronted with new dangers to democracy. Political decision-making processes are often (negatively) impacted due to the spread of online disinformation, with the Russian interference on the Brexit referendum and the 2016 US Presidential election as two striking examples. In the Netherlands such interference has yet to occur. Nevertheless, it can be desirable for a Member State to preventively arm itself with new instruments as the current national and international frameworks do not suffice. This brings up the following question: can the spread of online disinformation in the Netherlands be regulated, with article 10 of the European Convention on Human Rights (hereinafter ECHR) kept in mind?

The freedom of expression and the protection of democratic election processes appear to be running parallel. Article 10 of the ECHR, which protects the right to freedom of expression, can be limited as it is not an absolute right. Under article 10, paragraph 2 ECHR, certain interferences are justifiable. First, when regulating online disinformation, the interference must be prescribed by law. This legal basis must meet the qualitative requirements of accessibility and foreseeability.[1]The requirement of foreseeability means that citizens must be able to predict –with a certain level of certainty – when restrictions can be imposed. This is where the Dutch legislator is confronted with the (hard) task to decide what falls under the scope of an anti-disinformation law, within a field of broad and vague definitions.[2] While underlying intentions and motives (such as the intention to deceive or not) can determine what falls under the scope, there will be mixed intentions and motives, meaning a grey area will be inevitable.[3] So even if the legislator intends to leave out ‘mild’ forms of online disinformation from being regulated, there is no guarantee that these forms will be protected due to this grey area.  This leads to the conclusion that online disinformation is a hard phenomenon to grasp legally. In addition, the restriction must have a legitimate purpose as included in article 10, paragraph 2, ECHR. Examples include the importance of national security, but also the protection of the rights and freedoms of others (such as the right to vote).

Finally, the limitation must be necessary in a democratic society. In total, only 30% of the Dutch citizens are concerned about what is true (and what is not true) on the internet.[4] While this lack of concern does not have to be overriding, proportionality is significant. The restriction must be proportional to the interest served by the restriction. If the scope of anti-disinformation law is too broad due to the previously-mentioned problems regarding foreseeability, bottlenecks are also present at this point. After all, if the anti-disinformation law affects several, also ‘milder’ forms of online disinformation, the judgment may follow that the restriction is not proportional. The freedom of expression would be affected at its core; thus, this is a real danger that must be removed by the legislator. The risk of a large-scale restriction on the freedom of expression is further exacerbated if such law imposes disproportionate sanctions on the dissemination of disinformation. Consequently, this leads to (self) censorship, as citizens may delete or no longer share certain information because of the fear of repercussions. Alternatives must be considered. The high-level group of experts (the HLEG), set up by the European Commission,[5] advises that any form of censorship should be avoided and (instead) proposes several actions. For example, the transparency of online news must be promoted, the ecosystem of news and information must be strengthened and media literacy among users must be increased.[6]

The conclusion can be drawn that, when regulating the spread of online disinformation in the Netherlands, this may conflict with the freedom of expression of article 10 ECHR on various points. If the legislator still desires to regulate the spread of disinformation, it should be noted that France and Germany (already) have anti-disinformation laws that do comply with the legal frameworks. However, the requirements of foreseeability and proportionality either make or break the wishes to protect democratic election processes, as the attempts to regulate online disinformation may end up being a threat to democracy itself.

[5] It should be noted that this is an EU institution

M. Nijhof   With the world in search of a COVID-19 vaccine, questions about the desirability of intellectual property rights in medical research re-enter the...